Road Work: Vernon Road Work Update            Monday, August 8th there will be culvert work at WEST ROAD  near the intersection of POND ROAD, between 6 AM and 6 PM. Expecr delays. There will be a road plate for cars to pass through.           Tuesday, August 9th. POND ROAD WILL BE CLOSED NEAR THE WEST  ROAD INTERSECTION FROM 6 AM TILL 6 PM.  Please take alternate routes. You will be able to access Central Park  Road via Washburn Way.  In case of bad weather, the work may continue into Wednesday the 10th. 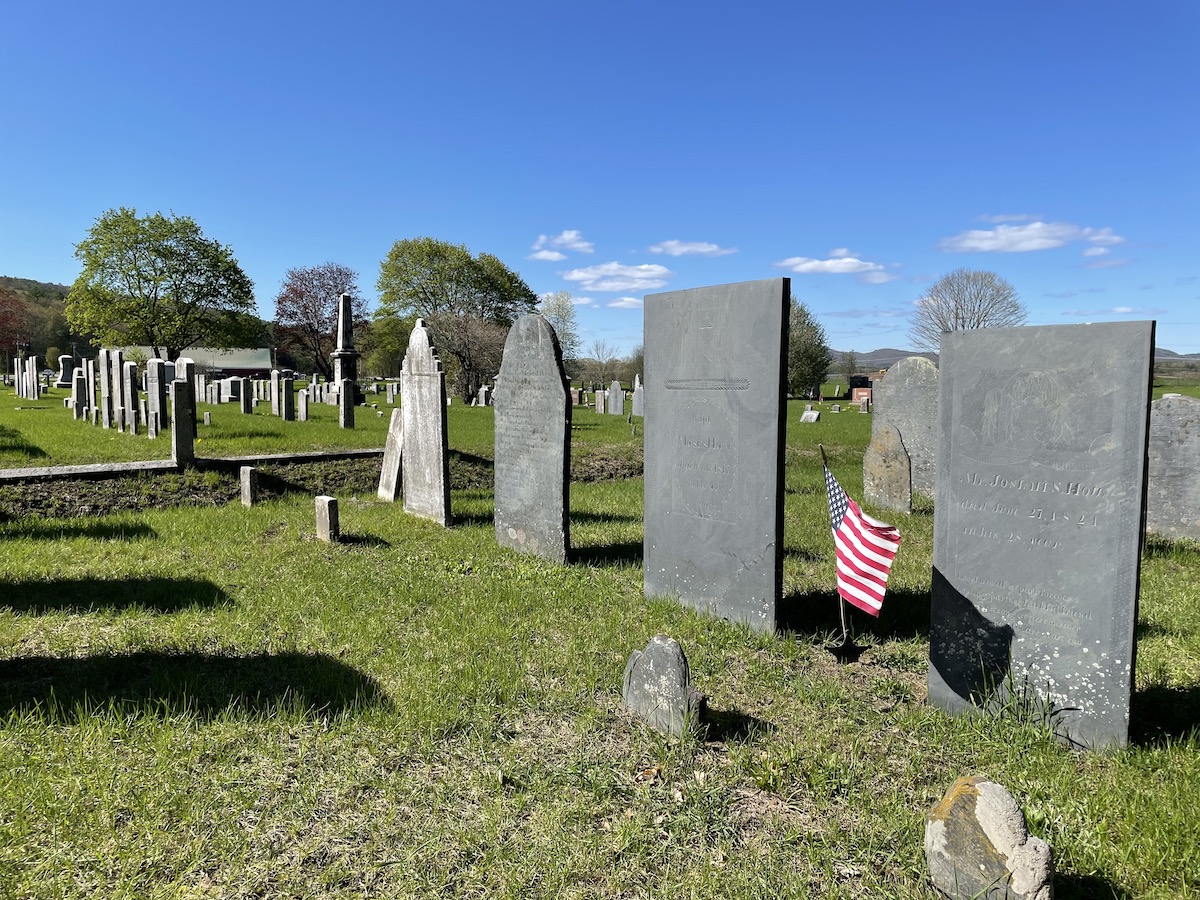 Location: on the east side of Fort Bridgman Road (Route 142),
about 100 feet north of the intersection with Tyler Hill Road 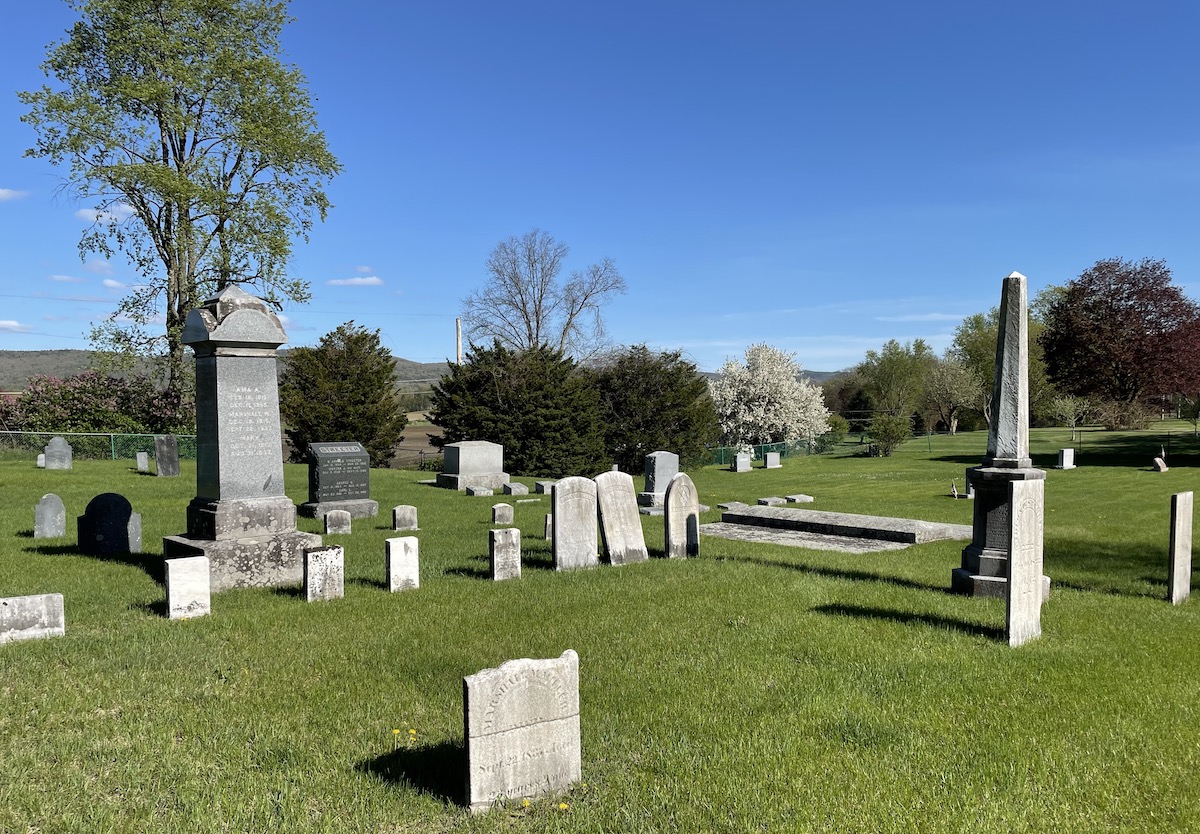 Location: on the west side of Fort Bridgman Road (Route 142),
just north of Vern-Mont Farm 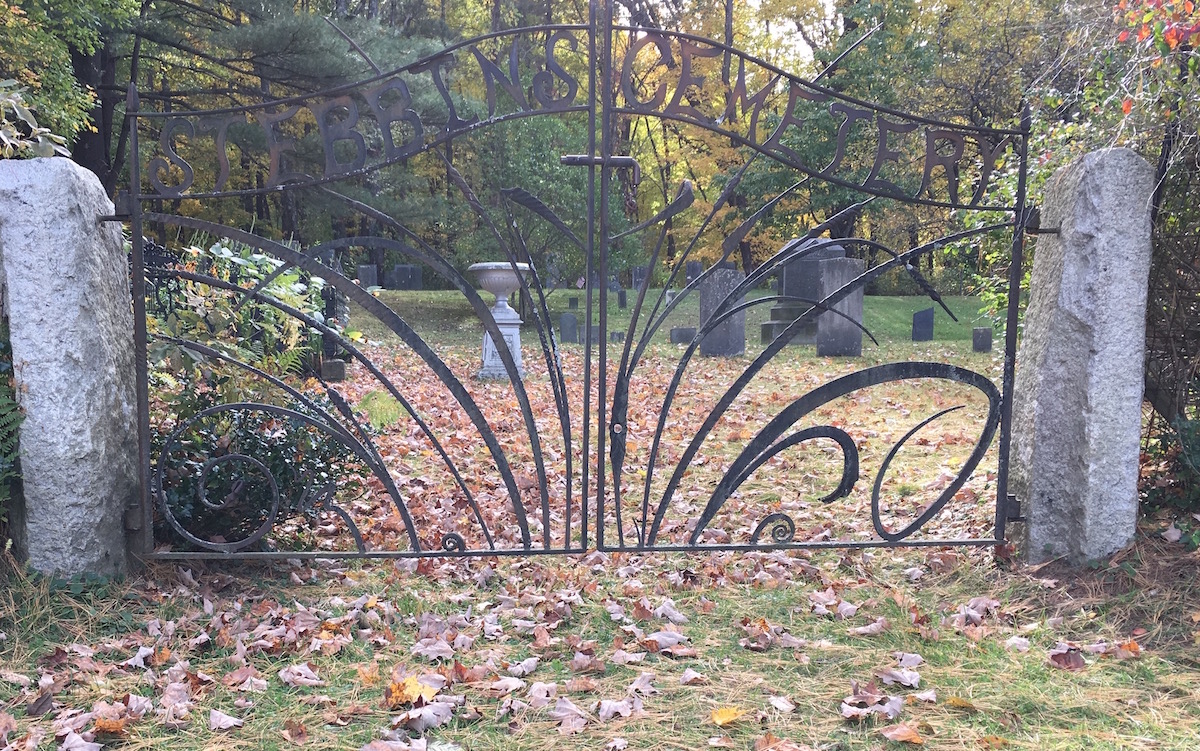 Location: on the west side of Stebbins Road,
about 1/2 mile from the Vernon Green Nursing Home

NOTE: This cemetery is privately owned, all others are owned by the Town of Vernon. 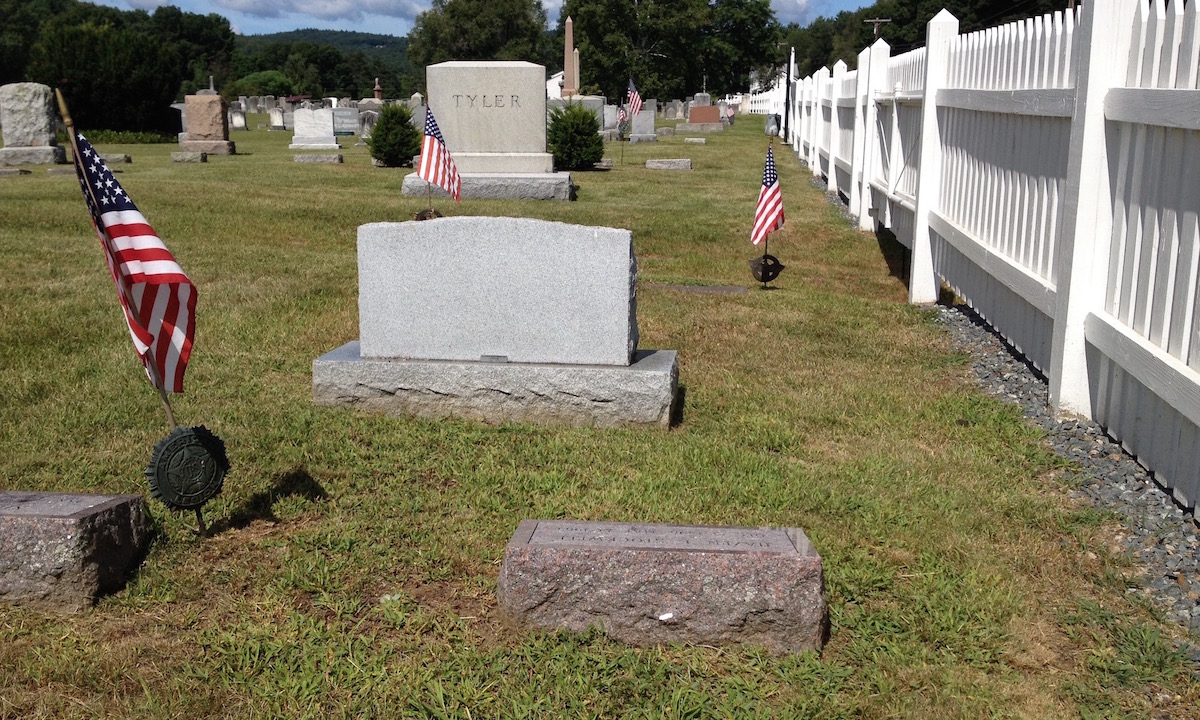 Location: on the south side of Pond Road,
about 1.4 miles west of its southern intersection with Fort Bridgman Road (Route 142) 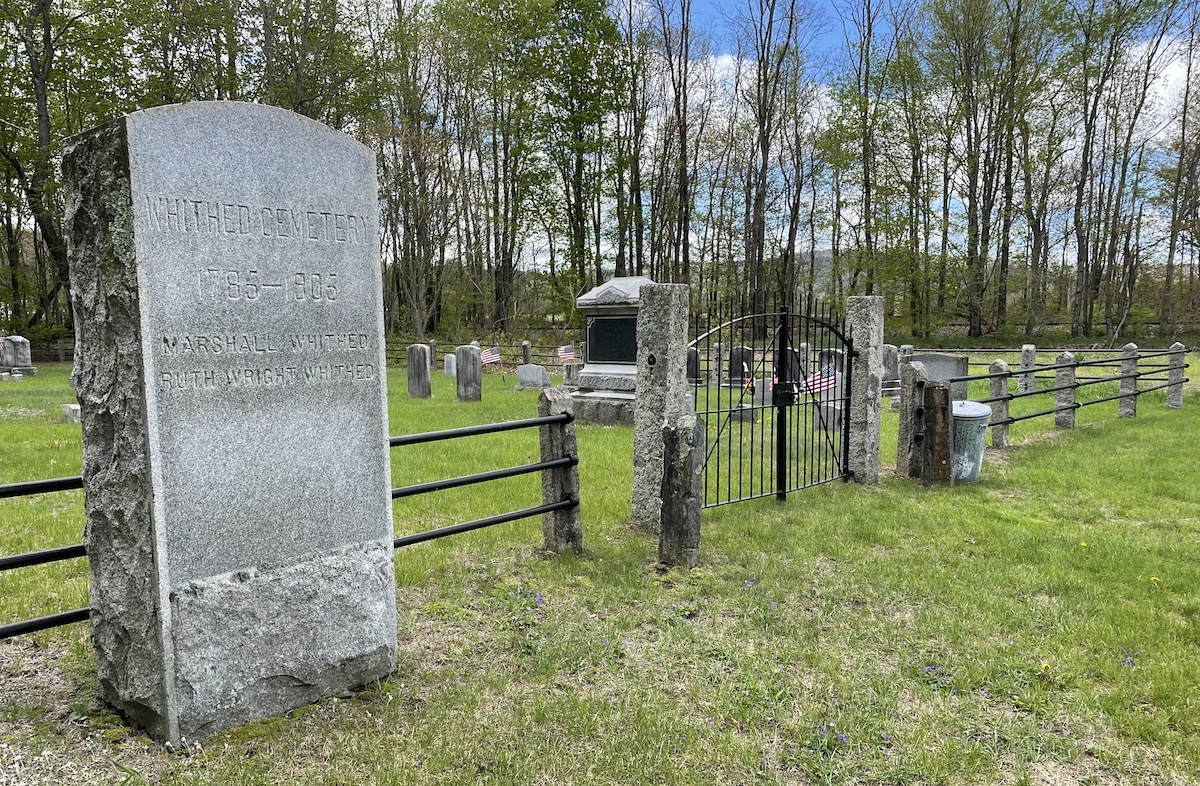 Location: on the west side of Fort Bridgman Road (Route 142), just north of the intersection with Newton Road. A portion of this cemetery is reserved for family use. 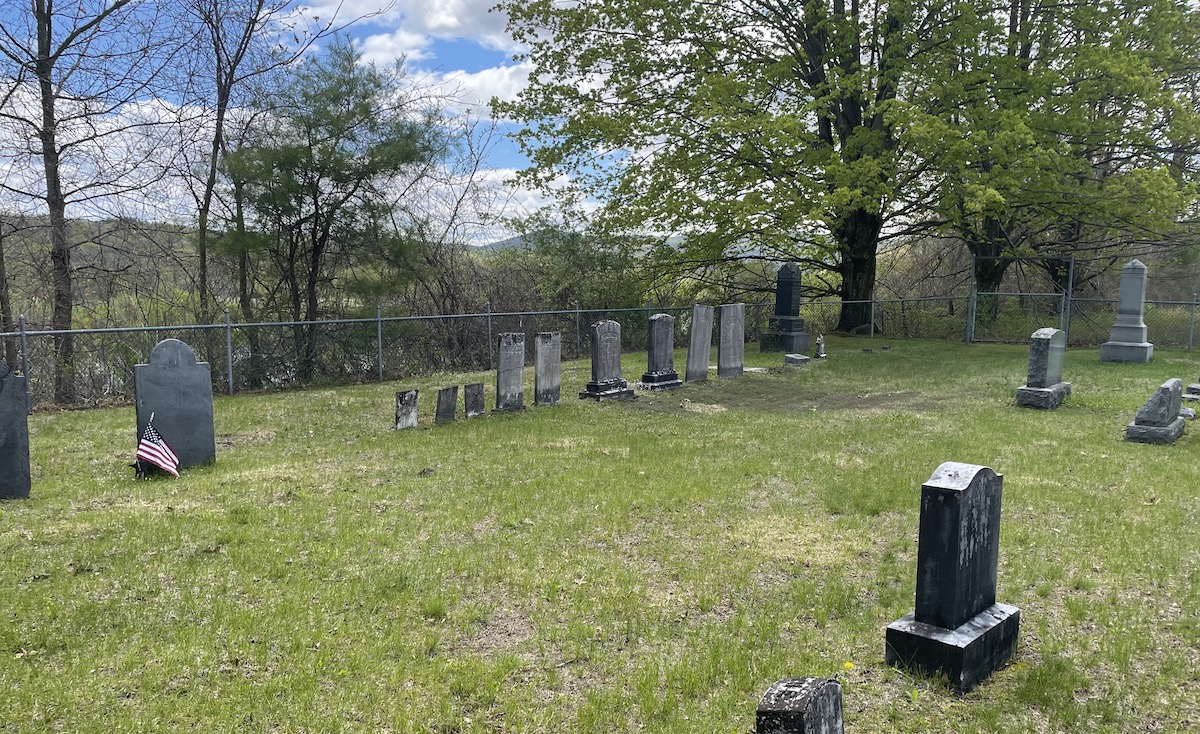 Location: on the east side of Route 142, off the road behind a small pond on the Skibniowsky homestead, 3823 Fort Bridgman Road (Route 142). Access is through the gate near the pond, and across the farm field. If you find the gate closed, please keep it closed. This cemetery is named after Alexander Perry, d. 1856 aged 71, who is buried there.

Lee family cemetery: One lost cemetery was located in the general area of Breezy Acres Drive, a private road off Newton Road. It was the burial location of various members of the Lee family, whose farmhouse was nearby. At some point prior to the development of the Breezy Acres neighborhood, the cemetery itself disappeared, perhaps plowed under.

The Cemetery Committee plans, once sufficient funds are raised, to erect a monument in the vicinity of the Lee cemetery in memory of those buried there.

Meetinghouse cemetery: Another lost cemetery was at the location of Vernon's first meetinghouse, atop a hill above the location of the town's holding tomb on Route 142, near the post office. It was likely the earliest cemetery in the town. Its slate headstones are believed to have been repurposed for another use.

*Note: If you have additional grave listings or corrections for any of these cemeteries, you can register at Find-a-Grave and add information to that site.