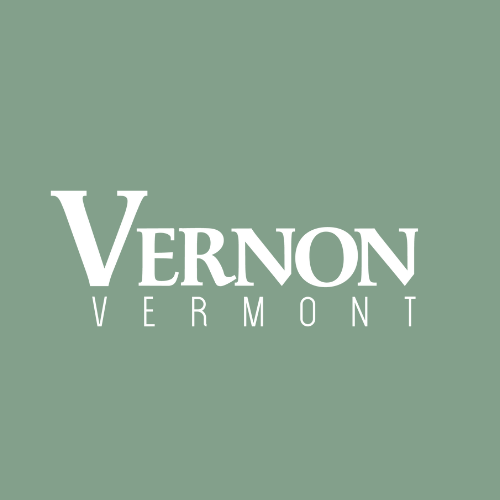 Following the passing of Vernon’s Barbara Moseley a couple of years ago, the Vernon Historians were recipient of several boxes of Barbara’s works in several forms, such as pictures, handwritten notes, newspaper clippings, researched articles of Vernon interest, and history reports from surrounding towns and states, just to mention a few of the many items.  In the interest of getting all of the trustees involved in the sorting and cataloging, we were each given a box with the instructions to go through it, decide what should be kept and what could be thrown away, and hopefully create some type of order so that we could make some decisions about what to do with it all.

I brought home my box, stored it in a safe place and promptly put it out of mind.  It could wait until colder weather, when I could look through it at my leisure.  When asked to write something for the February issue of the Vernon Newspaper, I thought what better thing to do than submit something from this box.  I opened it up.  There were multiple writings of historical interest pertaining to Vernon, almost totally too long to be used in one printing.  There were literally hundreds of newspaper clippings, however, and 95% contained a name of a Vernon resident buried somewhere within their folded, yellowed pages.   Whoa!  This would make a most interesting article, a snapshot in time as preserved in the printed word.  But which ones do I use?  I stopped counting at 50, as I had barely scratched the surface.  So I chose a very few.

There is a notice about a six-year-old sorrel horse which had strayed from an enclosure at the home of Col. Erastus Hubbard, of Ft. Bridgman Rd. A reward for his safe return would be “ample.”  The owner?  A Dr. John Wilson, otherwise know as Captain Thunderbolt. This ad appeared in the Vermont Phoenix on October 2, 1835.

There is much information about the reason for, planning of, and building of the Vernon Power Dam in a 5-page, legal length photocopy of a newspaper article dated March 22, 1907. According to this article, the first survey done in the long process of gaining permission to build this plant dates back to 1883.   I can’t throw this away!!

There are many, many snippets of information regarding our service men and women in World War II.   The Tyler sisters (Marjorie, Marion and Isabelle) daughters of Mr. & Mrs. W. Corey Tyler of Pond Road, So. Vernon, each entered the military following graduation from college, serving as teacher, nurse and ship’s cook, respectively.

Mrs. Martha Emery has received word that her son, Jackson, has been transferred to Lowry Field, Colorado.  He is attending aviation school.  (April 4, 1945)

An old scrapbook contains the engagement announcements  of Vernon residents such as Rolland Marden, Muriel Streeter, and important anniversary parties such as the 40th wedding celebration of Mr. & Mrs. Ernest Dunklee.  Also, other local happenings including a picture and write-up of a very young Paul Miller preparing for his serving a 6-week trip as a Brattleboro Area  Community Ambassador to Sweden in the summer of 1954.  Can’t throw this scrapbook away!!

There are a couple of articles, or parts of articles, both handwritten and typed, of items of general interest, such as two paragraphs about the growing of tobacco , which began in Vernon in 1870, according to Barbara’s research.  John Hunt raised ten tons on 10 acres that year on what is now part of the Miller Farm.  By 1919, however, the tobacco industry in Vernon was pretty much gone.

In 1968, Barbara wrote a letter to E. Stanley Howe, of Providence, RI, inviting him to become a charter member of the Vernon Historians, as he had close ties to Vernon through the important role his ancestors had played here.  Mr. Howe wrote back a very enthusiastic acceptance and enclosed his check for $100 to cover a lifetime membership as well as significant Howe history.  He also included the name of his son, Victor, who lives in East Montpelier with the suggestion that Barbara approach him about also becoming a member.    I certainly can’t throw that away!!

Also among the snippets was a short paragraph enclosed in plastic which appeared in the Brattleboro Reformer.  It is not dated but the paper is quite yellowed, so I think it is not a recent clipping.  A handwritten note below states:  “Not all 8th grade graduation ceremonies were dull.  This incident occurred at the Vernon Union Church in the 1940’s.   Dr. Milton Czatt was the speaker.  The item is from the Brattleboro Daily Reformer and is submitted by a shame-faced Arlene Moran Barnes who put too much faith in scotch-tape.  It would be interesting to know how many of these graduates remember this event” The Article reads as follows:

“At the back of the platform were fastened the crepe paper letters spelling the class motto.  ‘It is good to live and learn.’   The speaker referred to the motto from time to time, as his address got under way.  A breeze fluttered through the crowded hall, the “v” dropped out of the row of letters and a gasp of amusement rattled through the audience.  The speaker continued, doing the best he could with the new thought.  Another breeze drifted in, and the “r” dropped to the floor.  Finally the remainder of the motto, its sense much altered by the mishaps, tumbled down and left the speaker to make his moral as best he could.”  Would you throw this away?

The box is full, the lid is on, it’s back in its safe place to await another day!

Submitted by Sallie May, Trustee